As Oscar Wilde famously put it: “Be yourself; everyone else is already taken.” The understanding of who you are as a musician and how that can be artistically manifested are crucial steps in your musical journey. This blog discusses some phases of a musical journey such as finding inspiration, improving technique, experimentation, reaching maturity, and further growth.

One important aspect of being an artist is to be stylistically unique. It’s what makes people like David Bowie, Jennifer Lopez, Maya Angelou, and Banksy immediately recognizable. Their style has a unique sound, look, feel, and message. As a musician, the development of a musical style or “voice” is what sets you apart from other musicians. 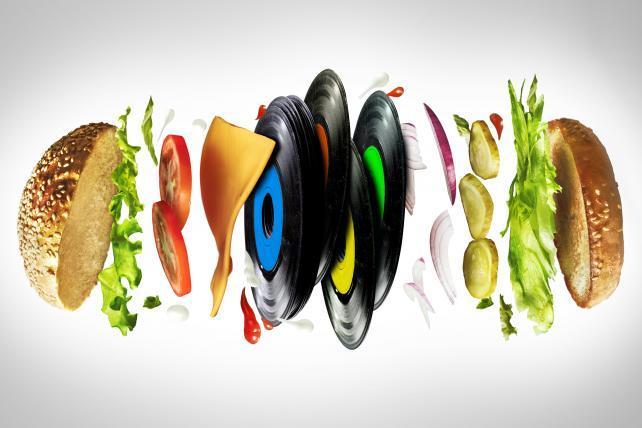 One of the first steps for an artist is to find inspiration from other artists. You might like another artist’s look, sound, attitude, beliefs, stage presence, or brand. You might like a certain scene or culture (hippie scene or thrash metal culture), region (Southwestern music, Atlanta hip-hop), genre (K-Pop, Screamo), time period (Baroque era, 1970s), type of song (waltz, ballad), or subject matter (political music, love songs). Most likely, you are attracted to multiple styles of music for many reasons.

Try to notice patterns or similarities that can help you hone in on what characteristics you would like for your music to embody. An easy way of doing this is by looking at the suggested artists, songs, etc. on a streaming platform (YouTube, Apple music, Pandora, Spotify). It also helps to research what influenced the artist that influenced you. For example, let’s say you like the guitar style of Slash from Guns n’ Roses. Slash’s favorite guitarist was Aerosmith’s Joe Perry, who in turn was a big fan of Jeff Beck. One of Beck’s influences is Django Reinhardt, who influenced many, many other guitarists (including myself). Following a thread like this could lead you to some exciting discoveries and increased clarity on shaping your own sound. 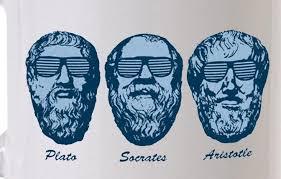 Before Plato made a name for himself, he was a student of Socrates; before Aristotle achieved his popularity, he was a student of Plato; Aristotle would later go on to teach Alexander the Great. Before Salvador Dalí developed his famous surrealist style of painting, he dabbled in cubism that others had created before him. Many of the famous rock artists of the 1960s and 1970s simply appropriated (sometimes blatantly ripped off) the black American music that preceded them. All of these great minds learned and borrowed ideas from their predecessors until they sculpted their own.

Now that you have a solid idea about what you like and why, it’s natural to replicate those artists. This can be done by covering songs, copying musical phrases, trying to get a sound similar to those you enjoy, acting or thinking like artists that inspire you, using the same gear as your influences, or writing music as if you were channeling an artist. Before you can cultivate a voice that is truly your own, you have to learn how to cultivate a voice; making some sound typically comes before making your sound.

One important realization that should come from mimicking artists that you like is knowing your limitations. There may be physical, environmental, or practical limitations that limit one’s options. Many blues musicians were African Americans born into poverty during the early twentieth century around the Mississippi Delta. If that doesn’t describe you, it never will. That’s okay—you can still be a blues musician, but those experiences won’t be a part of your story. I like Mariah Carey, but no matter how hard I try, I will never be able to sing like her. Like, not even close. This may seem like a bummer at first, but in the long run, it will provide a more well-defined direction that you can head, as well as more reasonable goals you can work towards. I won’t ever be able to be an original delta blues musician or belt out notes like Mariah Carey, but I can learn a lot from them (and I have). Not only did they provide me with valuable musical insight, they also helped me figure out what kind of musician I am. 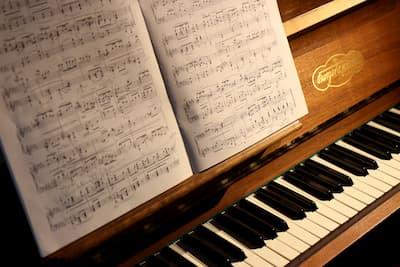 The entire time you are mimicking other artists, you should be sharpening technique and assembling a more expansive repertoire. Artists should constantly be challenging themselves to gather new skills, tricks, enhance their ability, and heighten their musicianship. Start off with some scales or chords, and learn more. Basically, any successful artist will advise you to never stop growing. Although learning scales and memorizing music aren’t the most exciting things to do, you will be happy that you did.

As you continue to learn new songs and styles of music, your repertoire slowly expands and you can amass quite a library of resources in your mind. All this knowledge and experience inevitably pays off in the form of “musical wisdom” that can be applied to all future musical endeavors. There have been plenty of songs that I haven’t wanted to learn/play, but after the fact, I’m grateful I did. Because I went through with it, I have a broader musical range.

A great way to foster your technique and repertoire is to engage other people. My musical interests and goals lead me to a variety of places, but other people can open my eyes to music that I never would have discovered on my own. If you have a (good) music teacher, this should naturally happen, since their experience and breadth in resources will enhance your own. If you don’t take lessons or classes from an instructor, engage your friends and family. They can keep your interests fresh by introducing you to music you would have otherwise ignored or missed. I keep an entry in the “notes” section of my phone with music suggestions from friends, family, and students. 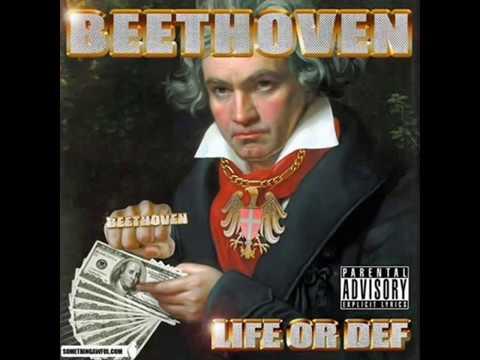 What would Beethoven sound like as rap music? How would Harry Styles cover Hank Williams Sr.—the good one—? If Kurt Cobain was from India, what would his music have sounded like? All these questions can be considered musical thought experiments. Not only can these experiments get our creative juices flowing, but they can also be put into musical practice. Now that you have preferences, ideas, technique, and repertoire, put them to use! Start breaking a few musical “rules” (in quotation marks because there really are no rules), go against the grain, blend some ideas/styles, play around, have fun! Experimenting with music is kind of like a blind date: you don’t really know what’s going to happen and it could be terrible. But it also could be life-changing. The only way to truly find out is to go through with it.

Here are some ways you can take any piece of music and experiment with sound: change the tempo (slower/faster), change the meter (duple or triple meter, compound meter), use a different instrument than the original version, add or take away instruments, change the style of the song (turn a blues song into a metal song), change or add lyrics, do an instrumental version of the song, change the key, change the order of the chords or the melody, add a bunch of effects, or strip the song down to its bare elements. 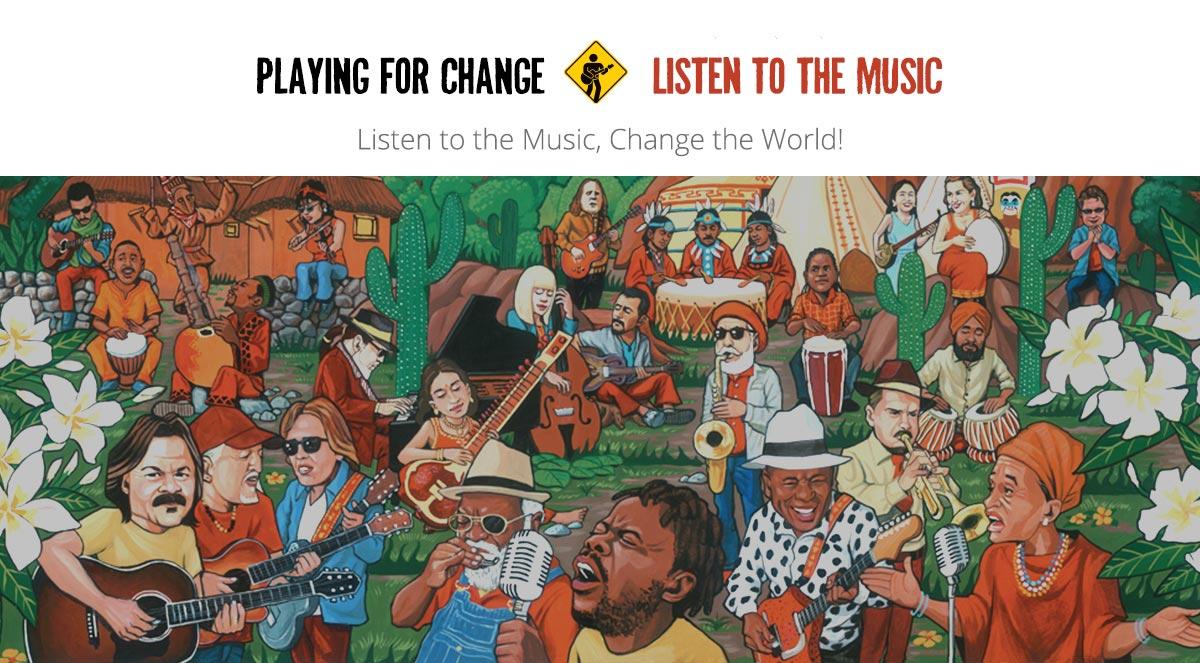 The best and most successful artists evolve, grow, and mature over time. Think of Bob Dylan, Taylor Swift, the Beatles, the Rolling Stones, Madonna, and Elvis Presley. These are all dynamic artists that pushed themselves to develop their musicianship and stay relevant. Nearly every guitar student I have has heard of Elvis, even if they have no idea what his music sounds like (it comes up when I go over the EADGBE tuning of the guitar: Elvis Ate Dynamite Good Bye Elvis). That says a lot about his range of influence.

As you develop a style, you might settle on something you like. But as you continue to make music, there’s a good chance your taste/style/approach will change. Miles Davis had his “blue” phase, some hard rock bands “go acoustic,” and likewise, I would urge all artists to continue going through all the above steps perpetually. Even as a teacher, I still take guitar lessons as a student and continue to improve my musicianship. I still listen to new types of music. I still practice scales (reluctantly). I still borrow ideas from other artists. I still play around and experiment with different ways and means of creating different sounds. My students are often surprised to hear that I continue to work on my craft, and I respond by saying something like “I will never learn everything, but I’ll keep trying.” Being a successful musician isn’t a destination; it’s a journey.

I truly hope that some of the above suggestions spark a bit of fervor or creativity. It may seem like a long and arduous undertaking, but if you love music, it comes naturally. Only when I look back can I see how far I’ve really come as a musician. Conversely, only when I look forward at the infinite possibilities am I overwhelmed. I suppose that’s why I try to stay in the moment and enjoy whatever musical thing I’m doing today.

Finding your musical voice can be scary, exciting, fun, grueling, and enlightening. It entails discovery, getting to know yourself, improving yourself, and ultimately, contributing to the world through music. Bon voyage!