As musicians and teachers, we are exposed to such a wide repertoire of composers and performers across a myriad of instruments. As educators, it is our job to introduce the next generation of young musicians to the instrument itself, but also the rich history of composers that helped pave the way. Traditionally, the music history world is dominated by the famous male composers that led the way such as Beethoven, Mozart, Brahms, and Haydn. These four composers in fact are introduced in some of the earliest piano lesson books for beginners. It is my hope to highlight two prominent female composers and how to introduce them during your lessons. 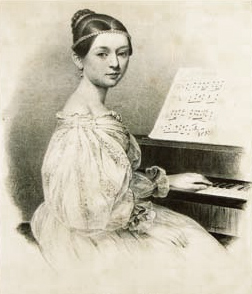 In the 1800’s, women hardly ever composed or performed in public, however Clara Schumann did both! She studied piano with her father and other prominent teachers in Germany. At the age of 19, she embarked on a tour of Germany, France and Austria, promoting her own compositions and also those of other emerging composers, including Robert Schumann, her future husband. Clara was one of the only pianists of the time to perform her music from memory. Once she and Robert married, she still composed, but it was clear his career would dominate their time and effort. Her own compositions were not widely recognized until the later part of the 20th century and remained unpublished in the hands of private collectors. 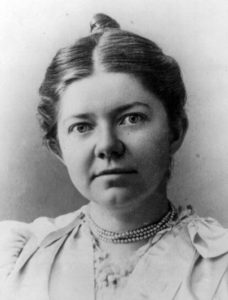 Perhaps the greatest female musician advocate in the late 1800’s/early 1900’s was Amy Beach. She is most well-known for being the first female composer to have a symphony performed by a major orchestra: “Gaelic Symphony.”
Throughout her career, she composed more than 300 works including an opera, works for piano, flute, and strings, and a wide range of choral and piano repertoire. Beach was very vocal about women’s roles in music and stood up to several sexist comments made by male composers of the time.

Critical Music Listening Questions for Students of All Ages

Students of any level can be challenged to listen critically to a piece of music. However, depending on the age of the student, very specific questions may be necessary. The following are sample questions that you can create a worksheet around or have verbal discussion when introducing new composers/new pieces to your student:

18 Women Composers You Should Know
wqxr.org