This is a sneak peek into the world of opera and how operaʼs rehearsal process and performances provide great insight to the kind of hard work and dedication it takes to be a full-time performer.

I hope you enjoyed this sneak peek into the world of opera. Please be sure to visit the Atlanta Opera at www.atlantaopera.org. The Atlanta Opera’s production of La Traviata opens on March 2, 2013, and I hope to see you there! 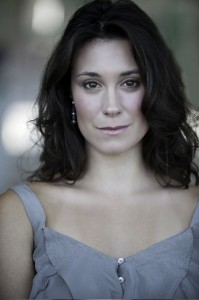 Contributed by Kristin Vienneau, Atlanta native mezzo soprano, earned her BMus from New England Conservatory, MMus from Georgia State University, and AD from University of Memphis all in Vocal Performance/Opera Studies. She spent the 2010-2012 seasons with Opera Memphis as an Artist in Residence performing various small roles in addition to making her professional debut as Prince Orlofsky (Die Fledermaus) in January 2012. Most recently, Kristin has been singing with the Atlanta Opera Chorus in their productions of Carmen and La Traviata. Her upcoming opera engagement is with Opera Memphis where she’ll perform the roles of Mother/Allison in a one-act opera called This is the Rill Speaking. Kristin joined the Metro Music Makers team in 2012 as a piano and voice instructor. Contact: kristin@metromusicmakers.com