I was asked a question recently that really stumped me: “When is my child done with piano lessons? I mean, how do you know when they’re ready to stop?” 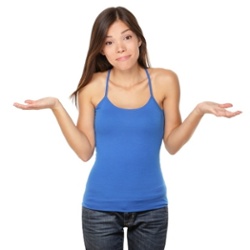 If a kid asked me this, of course I would say something like, “Duh, never!” or “When you go off to college!” but that’s really not a good enough answer for a parent. There is no simple answer, so it got me thinking about another question: How many parents are aware when they sign their kids up for music lessons that it is a lifelong journey?

I mean, SO many of my parents tell me the exact same story about how they wish their parents had forced them to learn piano as a child, and that not learning an instrument is one of their biggest regrets. Their words, not mine. But I do have a very similar story: I was an impatient child who had a talent for music but no interest in practicing. One day, after a very successful performance at recital, my teacher was singing my praises to my mother, and my mother ratted me out by replying, “Just imagine how well she’d do if she actually practiced!”

I was so ashamed that I was no longer motivated to play at all. My mother was forced to let me quit shortly after that because I simply refused to play. It didn’t matter how talented I was, or how much I would need those skills later on in life (which I clearly did). All that mattered was my desire to play. Where there’s a will, there’s a way, they say. In my opinion, kids are capable of expressing and pursuing their desires – and if that desire is music, then why would they stop lessons?

One of my mentors and I were discussing this, and she had a different view. Her family couldn’t really afford lessons, so she was only able to take them on and off throughout her childhood. But during those periods where she went without, she taught herself new material and continued practicing even without a teacher pressuring her to do so! She drank up whatever knowledge was available; no one forced her to do so. It was her choice, and because of her choice she was able to get a scholarship to a university and make a career doing what she loves. Still, she says she wouldn’t have made it into college without the help of her last teacher.

So, really, it’s about what your kid wants to take away from lessons. Are they happy just knowing a few chords to play with their friends? Did they only find music lessons fun because it was something new, something unfamiliar, and now after several years it’s just a boring routine? Or are they truly hungry to experience a world rich in music, and are they willing to work (even a little bit) to keep music an active part of their lives?

I think about it this way: would you ask an athlete when he’s done training? When is a football player no longer required to hit the gym and do his reps? Answer: when he is no longer interested in playing the sport and ready to retire! Musicians, like athletes, must train daily to be at the top of their game! Does that mean you have to take lessons? No, not at all! Being self-motivated is a very important ingredient in becoming a successful musician! But, inevitably, behind every great singer, pianist, guitarist, you name it, is always a great teacher.

Remember: Even Peyton Manning still has a coach.